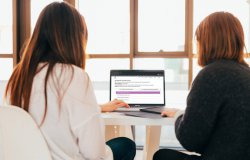 Online Test
Write a review
$12.00
SCIT (Subtle Cognitive Impairment Test) can be used by any anyone older than four years. This brief, computer-based test of brain health and function is suitable for clinical and personal use.

What makes the SCIT unique?

The SCIT has its origins in the ‘Inspection Time Task’ that has been used by psychologists since the 1970’s. The test has been refined in a number of significant ways to make SCIT much quicker and more sensitive than the inspection time task.

The SCIT is one of the rare cognitive tests not influenced by practice, so it can be used to repeatedly test someone over a short period of time. This property makes the SCIT useful for detecting the short-term effects of drugs or medications on cognition.

The SCIT performance of most cognitively normal individuals remains stable over time, so that similar results are obtained when a person is retested months or even years later. This property makes the SCIT useful for detecting decrements or improvements in cognition, such as happens in neurodegenerative diseases or after therapeutic interventions.